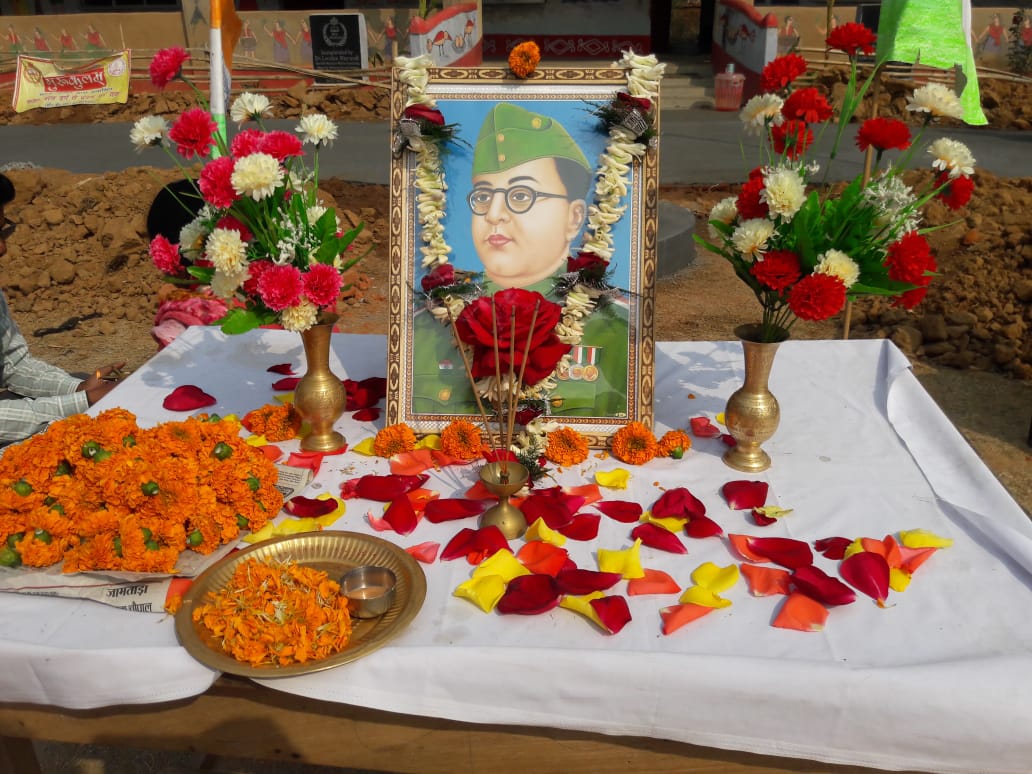 On this occasion, our patron Swami Atmananda of RGS Gurukulam gave information to all the students about Bose,and the students paid homage to the national hero Subhas Chandra Bose, whose love for his country is beyond any comparison.